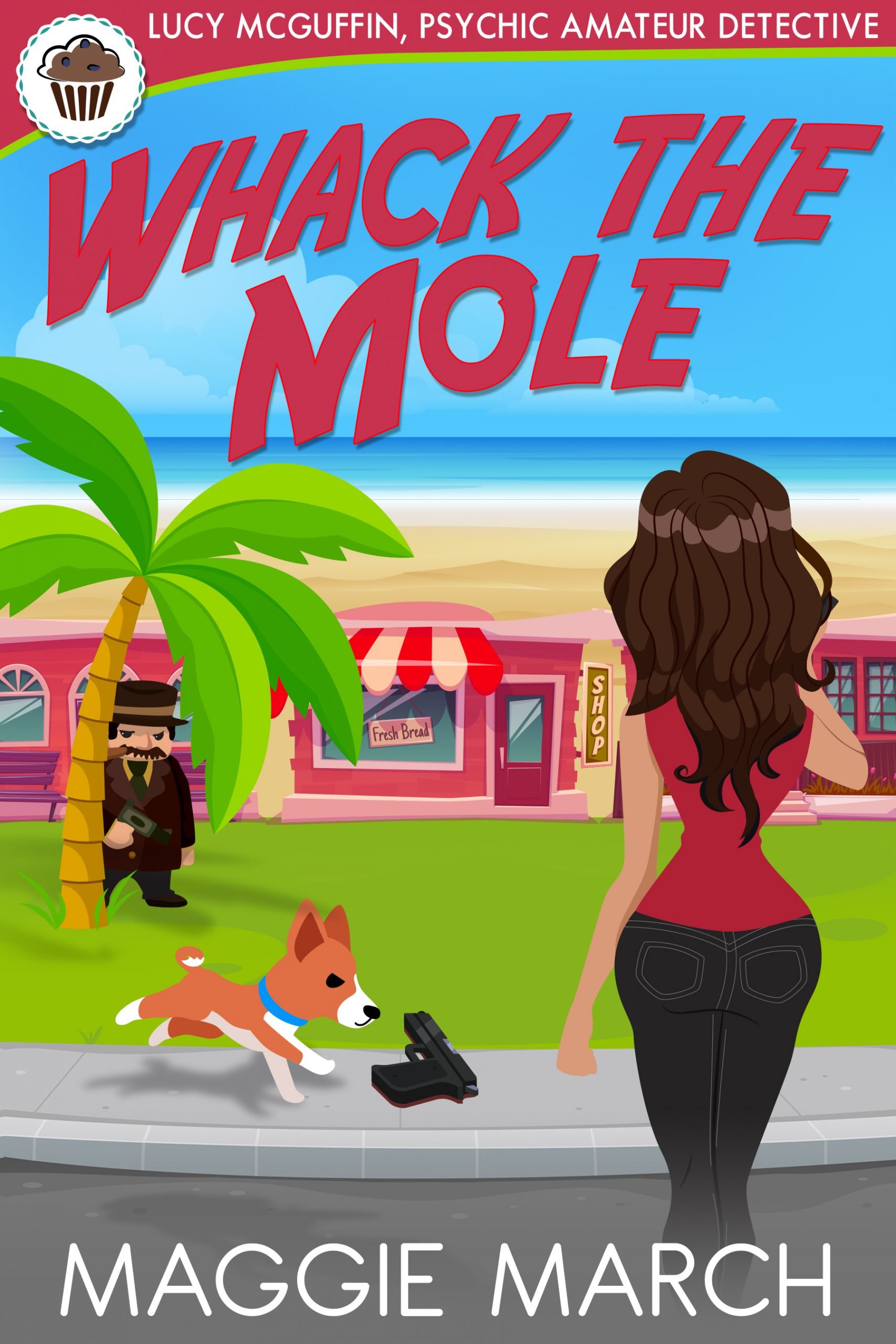 Joey “The Weasel” Frizzone has been deep undercover with one of the country’s largest organized crime families and the time has come for him to testify against them. The trial isn’t for a couple of weeks, and the feds need him to lay low, so they hide Joey in a place no one would ever think to look–a sleepy little town in Florida called Whispering Bay.

Lucy McGuffin bakes the best muffins in town. She’s also a human lie-detector, a gift that hasn’t always been easy to live with, because, c’mon, how many times can a girl hear “it’s me, not you” and keep a straight face?

Lucy’s ability to sniff out a lie has given her a reputation for solving crime, so when an attempt is made on Joey’s life, local police officer Travis Fontaine reluctantly seeks Lucy’s help. But the arrogant cop thinks he’s God’s gift to womankind and Lucy isn’t about to become president of his fan club.

Someone in the FBI must have a big mouth because soon there are enough hitmen in town to make Whispering Bay look like a reunion site for The Sopranos. Then someone starts whacking the hitmen. As the body count begins to rise, Lucy realizes she has to step up to the plate. Travis needs Joey to stay alive long enough to testify and Lucy wants her quaint little town back, minus the mobsters.

With the help of her best friend Will and her rescue dog Paco, Lucy and Travis set out to discover who’s behind all the hits, because if they don’t, Whispering Bay may never be the same again. Ba-da-Bing. Ba-da-Boom.

The thing about being a human lie detector is that people will surprise you with the strangest fabrications at the oddest times. Take right now. Rusty Newton, one of Whispering Bay’s finest is looking me straight in the eye, and he’s just told me a whopper.

I shift my weight from foot to foot. I’ve been standing behind this counter for over three hours without a break. It’s the busiest morning we’ve had all week. And it’s been a record-breaking week here at The Bistro by the Beach, the café I co-own along with my friend, Sarah Powers. Probably because I’ve become a bit of a celebrity. A small-town celebrity to be sure, but when you’re responsible for nabbing one of America’s most sought-after serial killers, people want to come and gawk at you.

Not that I mind the gawking. It’s been terrific for business.

“You want how many muffins again?” I ask Rusty.

“A dozen.” He pulls a piece of paper from the front pocket of his uniform shirt.

Rusty Newton is in his mid-forties and has been a cop here in town forever. He’s super sweet, but not the brightest bulb on the force. “And five lattes, four turkey sandwiches, a tub of Sarah’s mac and cheese and six oatmeal raisin cookies.”

“And this is for the crew back at the police station?”

“Who else would I be getting such a big order for?”

Not for the Whispering Bay police department, that’s for sure. For one thing, Zeke Grant, the chief-of-police, has already been in this morning for his coffee and muffin fix. And Cindy, the department’s receptionist, is on a diet. She hasn’t caught so much as even a whiff of one of my muffins in weeks.

But that’s not what gave Rusty away.

It’s the little hairs on the back of my neck. Whenever I hear a lie, they automatically start to tingle. Being able to sniff out lies is a gift I’ve had ever since I was old enough to tell a lie myself. A gift I never appreciated until a few days ago when it helped me solve the murder of Abby Delgado, a prominent member of the Sunshine Ghost Society, a local club that claims to commune with the dead. But that’s another story.

I punch Rusty’s order into the computer. “Is this all to go?”

Before he can answer, another one of Whispering Bay’s finest comes up to the counter.

Officer Travis Fontaine is the newest member of the force, and he looks almost as yummy as one of my double chocolate chip muffins. I wish I could say it was the uniform, but it’s not. Travis is six foot three with dark blond hair and fierce green eyes. He spent eight years on the Dallas police force before recently moving here to live near his dad, a retired homicide detective, all of which makes Travis a good son.

He’s also arrogant, and the easiest person I’ve ever read in my life. Not because his face gives anything away. On the contrary. Travis has a poker face that could make him a bundle in Vegas. It’s just that for some reason where he’s concerned my Spidey sense is on ultra-alert.

“Rusty just put in a quite an order,” I say. “Is the police department having a party?”

Travis doesn’t so much as twitch. “No party. Just a bunch of hungry cops.”

I have to admit, this charade of theirs has me intrigued. What do they want with all this food?

“It’ll take a few minutes to get that order together.”

“No problem.” Travis leans into the counter. “So, how’s your head?”

“Still sore but I’ll live, thanks.”

My head met up with the backside of a frying pan a few days ago. I still shudder whenever I think about how close I came to becoming the Angel of Death’s latest victim. Good thing my dog, Paco, was there to save me.

Speaking of Paco, he has his own unique form of Spidey sense because he runs up to me like he knows I’m thinking about him. “Hey, little guy!”

I inherited the chihuahua terrier mix when I solved the murder of his former owner, Susan Van Dyke. His name used to be Cornelius, but that was way too stuffy, so he’s Paco now. The members of the Sunshine Ghost Society think he’s a ghost whisperer. Which, of course, is silly, but like I said, he’s special. It’s almost like he can understand what the humans around him are saying.

I’m allergic to dogs with fur, but after all we’ve been through there’s no way I’m giving him up, so I’m on medication to keep from itching. It’s not supposed to make me drowsy, but it still does sometimes. I consider it a small price to pay for keeping him. I live in the apartment above the café, and Paco spends his days going up and down the stairs between our home and The Bistro’s dining area. The customers love his cute antics, and Sarah finds him adorable as well.

Paco runs around to the other side of the counter to greet Travis. “Hey, boy.” Travis squats down to scratch him behind the ears.

According to Lanie Miller, the manager of the Whispering Bay Animal Shelter, Travis is on the lookout for a dog. I try to imagine what breed would go best with his personality. Probably a rottweiler. Or a pit bull.

Travis rises to his full height and gives Rusty a side look that makes the older cop slink away. It also makes me nervous. I haven’t known Travis long, but like I said I have a pretty good read on him. He hasn’t asked me out yet, but I have a sinking feeling that’s about to change. “Are you busy Friday night?”

Oh boy. I’ve been expecting this ever since Travis told me that he’s now become a “muffin man.” To most people that wouldn’t mean a thing, but besides my lie-detecting skills, I also make the best muffins in Whispering Bay. Not that I would say that. But everyone else does so who am I to argue with them?

“Friday night is when Will and I watch America’s Most Vicious Criminals.”

Will Cunningham is my best friend. I’ve been secretly in love with him ever since my seventh birthday party when he saved me from a pack of rabid squirrels. We started our Friday night T.V. and pizza tradition when I moved back to town after graduating from culinary school, and I wouldn’t miss it for anything in the world. Since moving to town, Travis and Will have become friends too. They even play in the same basketball league. If Travis suspects that I have feelings for Will he doesn’t let on.

“So how about tonight then?”

“How about tonight what?” I hate playing dumb, but I have no experience when it comes to fending guys off.

“How about we grab something to eat?”

He spears me with a look that makes me squirm. “I guess that’s better than telling me you have to wash your hair.”

“No really. I got invited to Betty Jean’s book club, and I promised to bring muffins. Apparently, there’s a big waiting list to join so I didn’t dare refuse.” Betty Jean Collins is a regular customer here at The Bistro and a real character. She’s a prominent member of the Gray Flamingos, a local senior citizens activist group. She’s also the
eighty-year-old female equivalent of a hound dog. No man under the age of sixty is safe from her.

At the mention of Betty Jean, Travis breaks down and grins. When he smiles like that, his eyes become even greener. He really is quite attractive. But he knows it, so that spoils it a little.

“So you’re busy tonight and tomorrow. How about Saturday night?”

This guy doesn’t give up, does he? I try my hardest to think of a reason to turn him down.

But there isn’t one.

“I could maybe possibly be free Saturday night.”

Did I really just say that?

“What would it take to make that a definitely free?”

Books in This Series 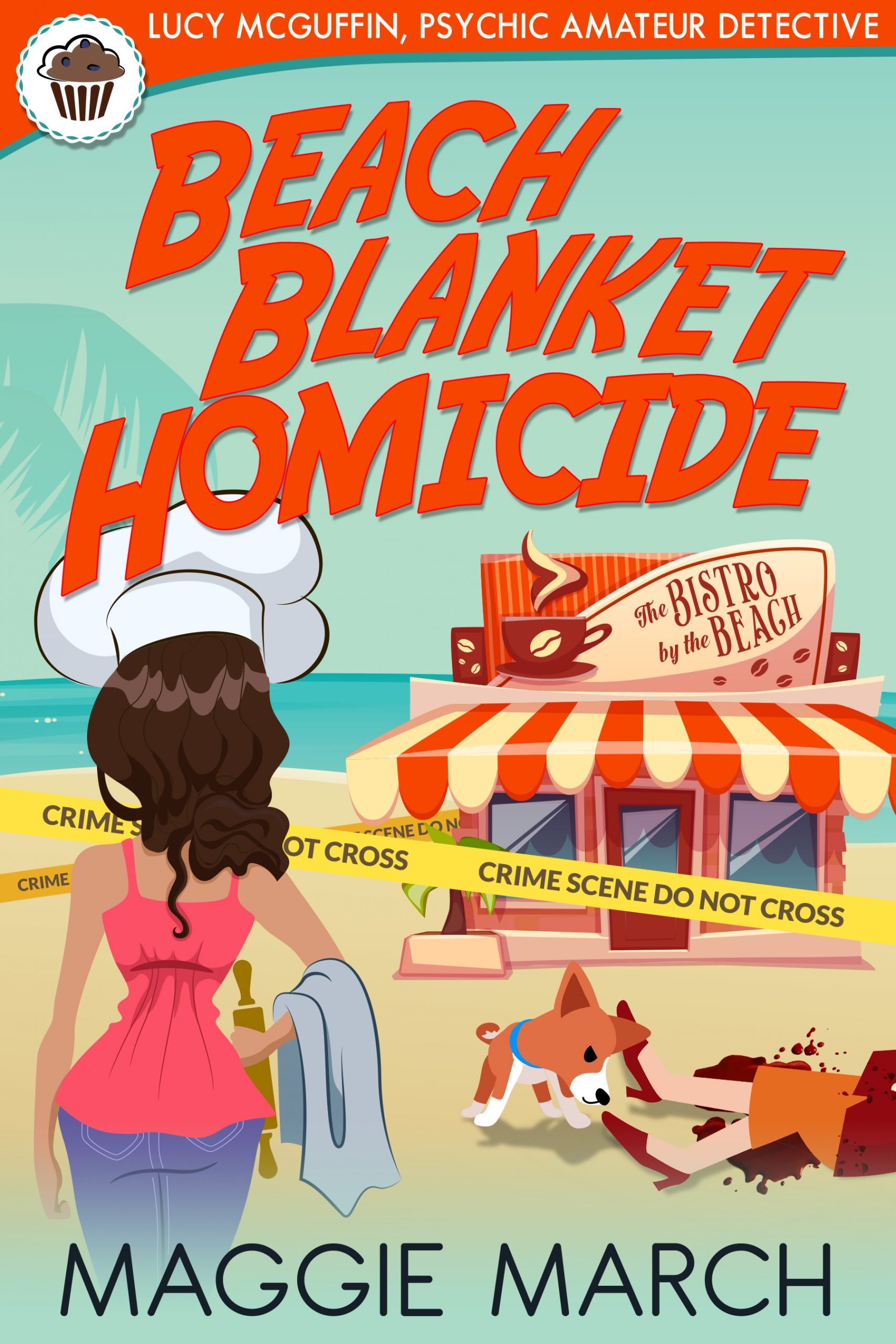 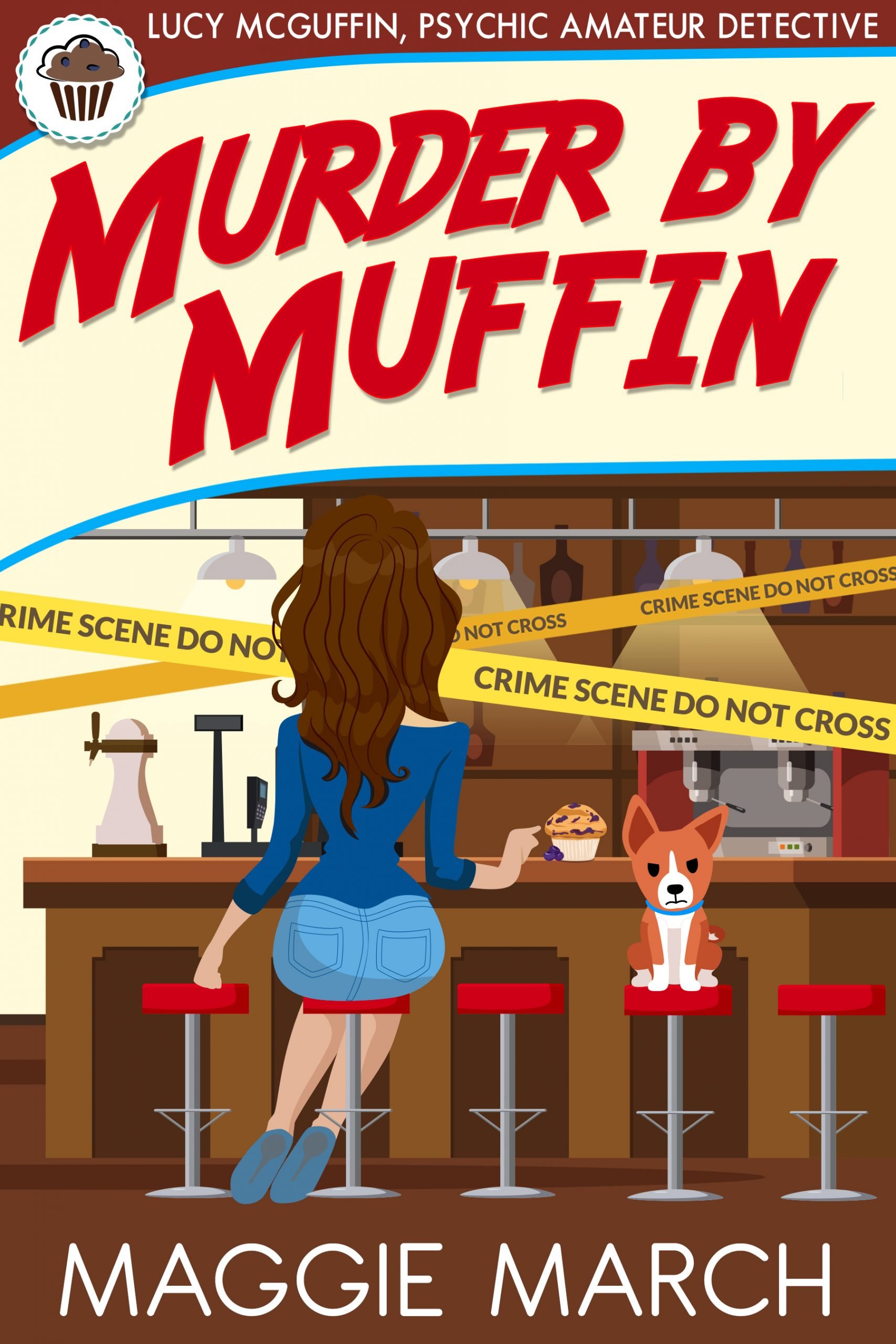 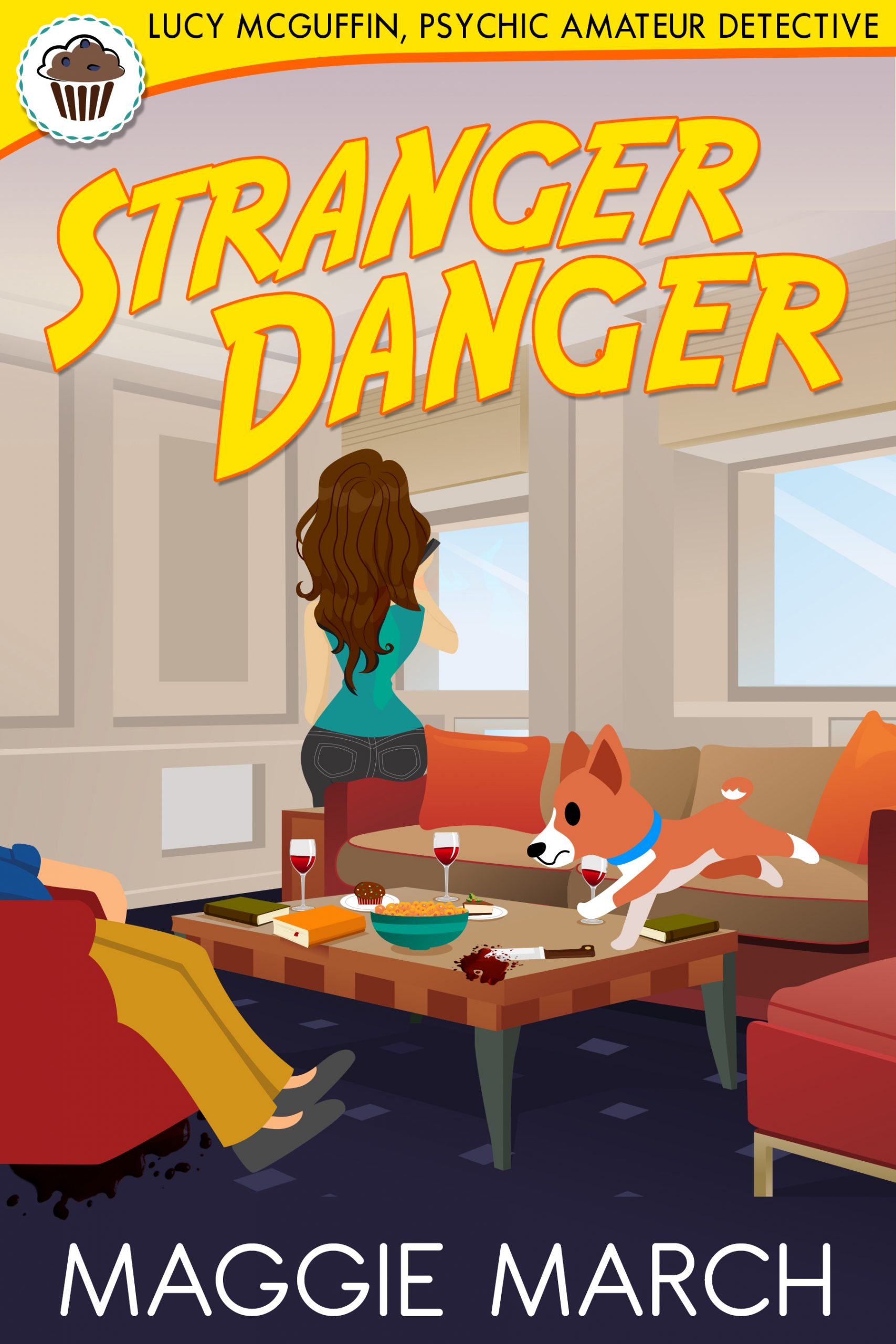 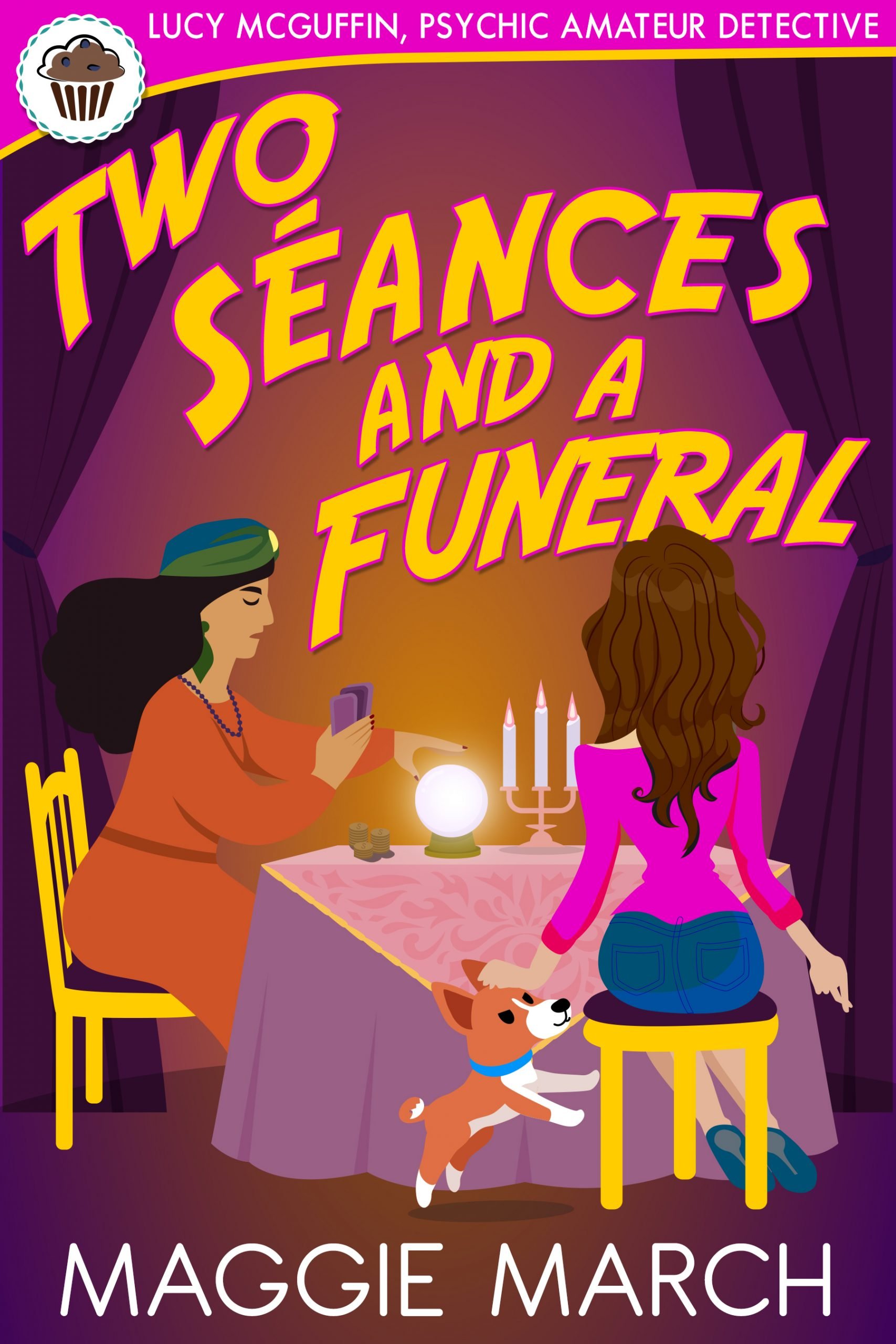 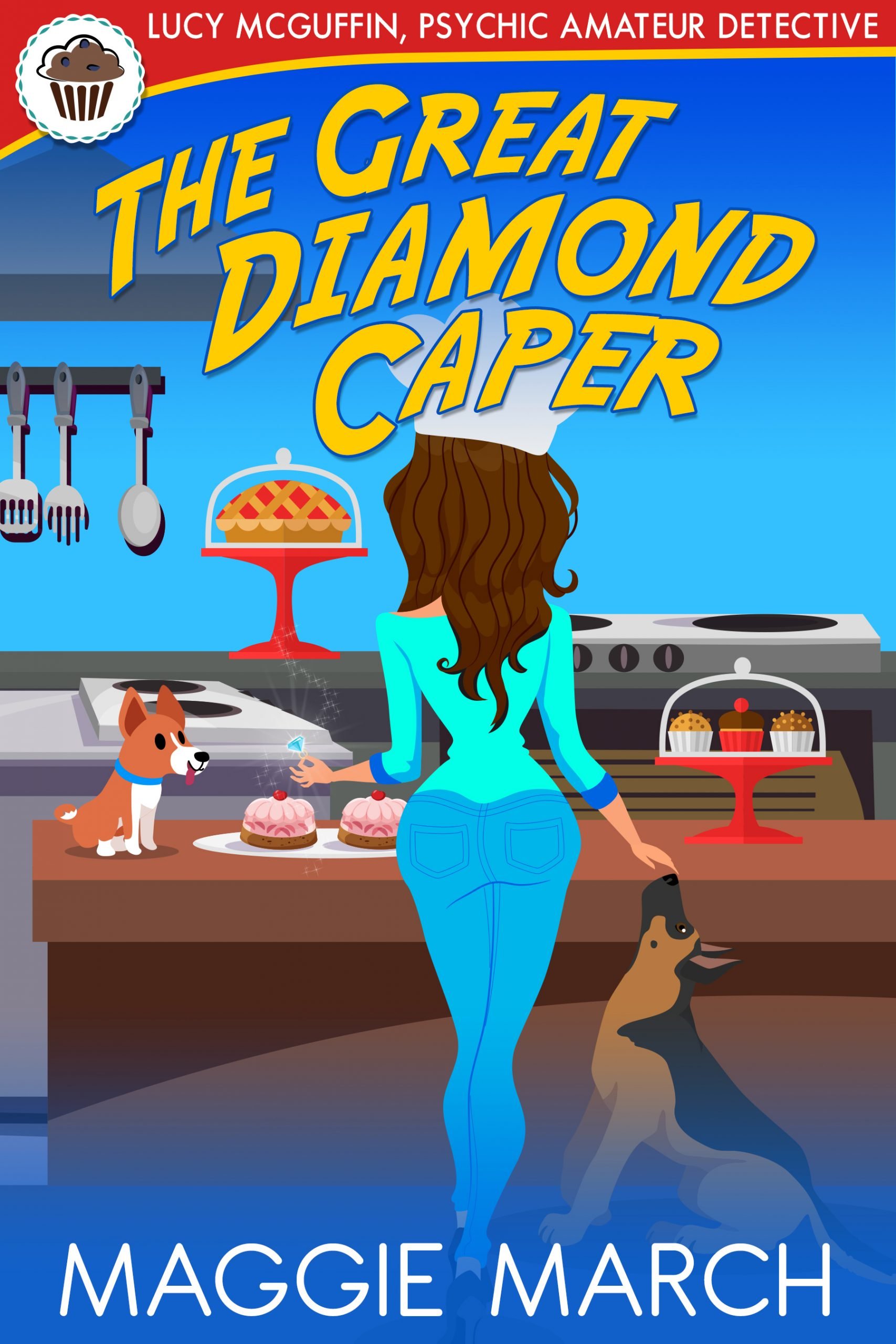 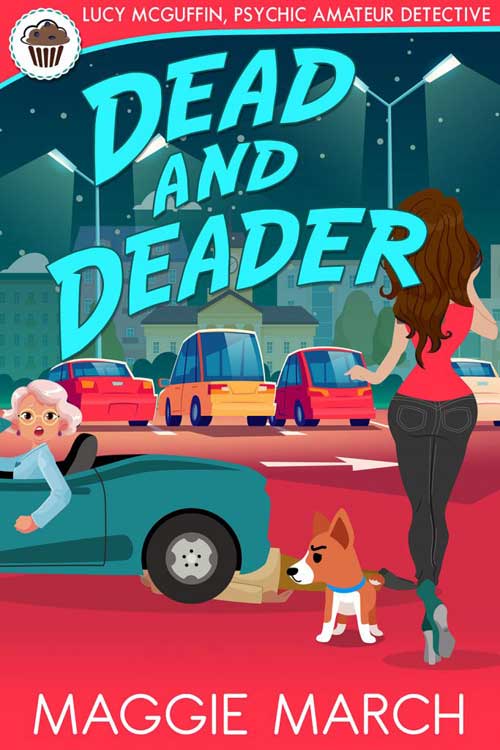 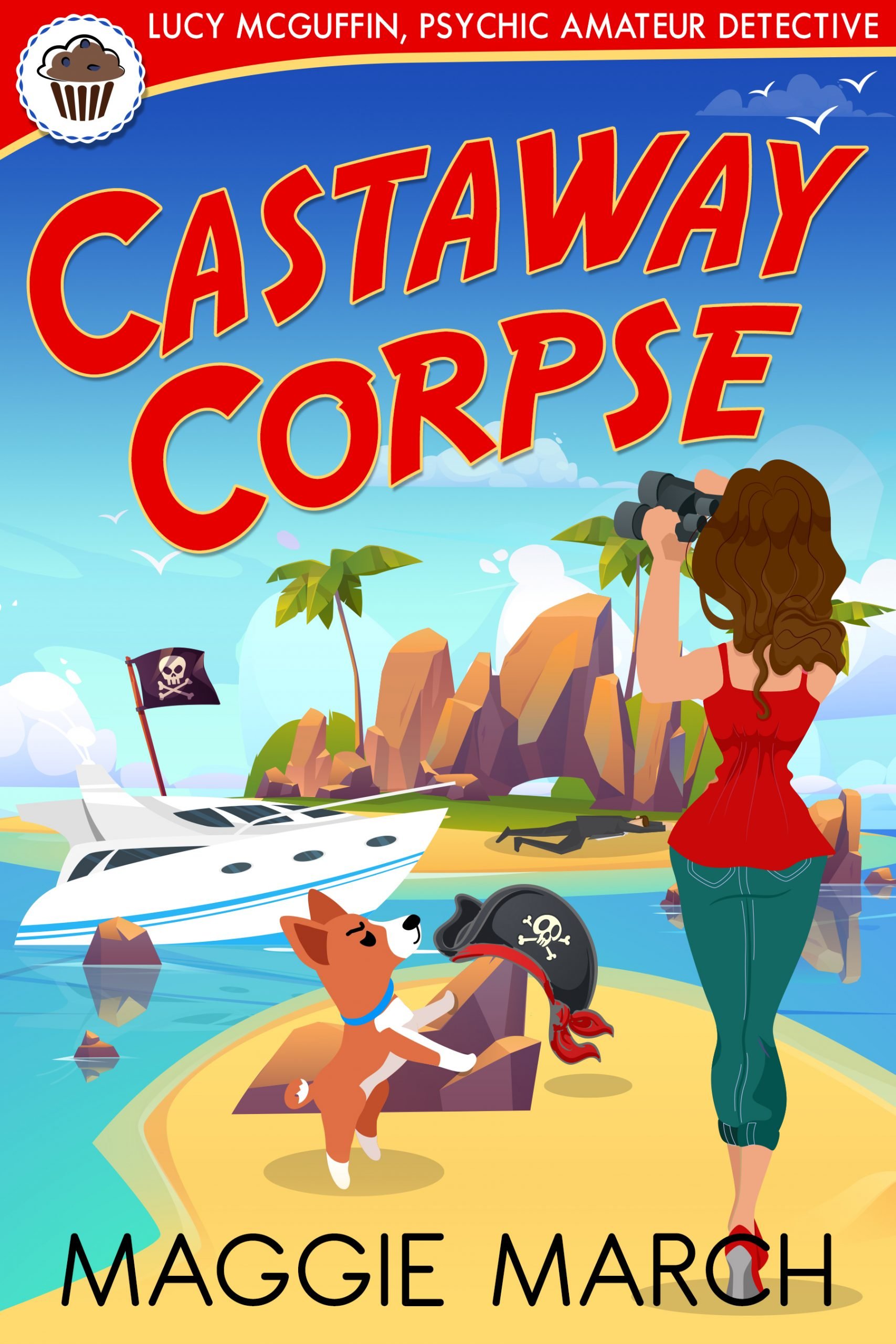 Got It
Learn more